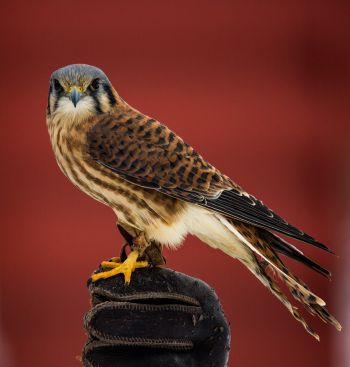 Beatrix is TRC’s resident female American Kestrel. She hatched in 2011 and was used as a falconry bird for most of her life. She is not eligible for release into the wild due to a wing droop, as well as her habituation to humans.

American Kestrels are the smallest falcon in North America. They are one of the few raptors that show sexual dimorphism in their plumage. Beatrix has brown wings and brown stripes on her chest, as opposed to males who have slate gray wings and black dots on their chests. In the wild, American Kestrels eat bugs, lizards, mice, and even other birds. Beatrix is capable of seeing in the UV spectrum and can track mice by following their urine trails (which glow in the UV spectrum). 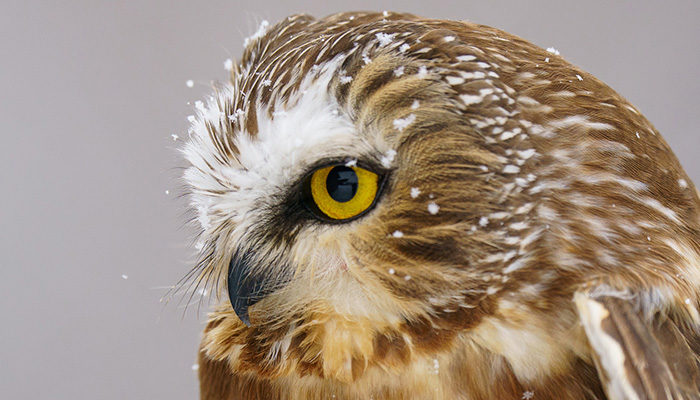 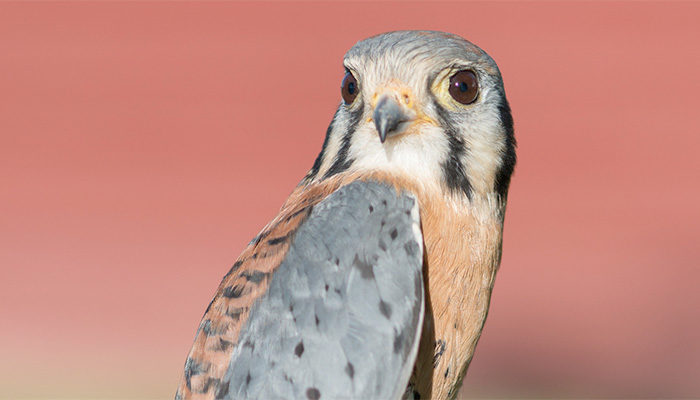 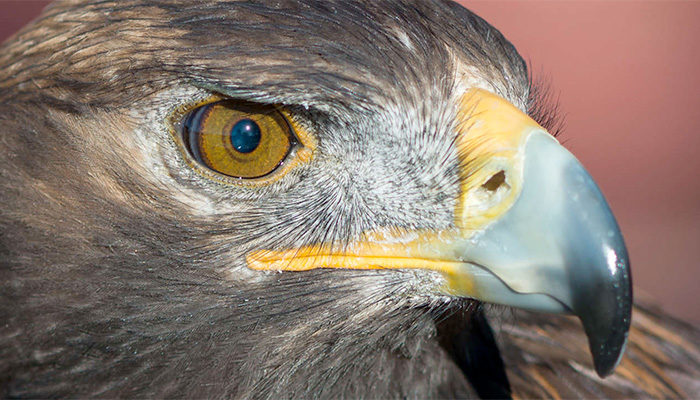 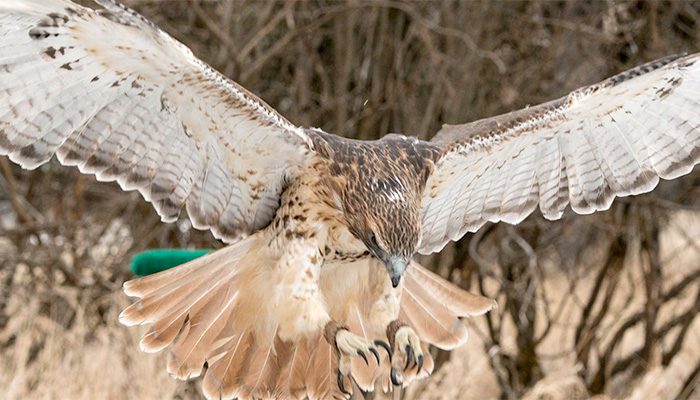