Teton Raptor Center began in 1991 when Roger Smith and Margaret Creel, field biologists working in Grand Teton National Park, began caring for injured raptors out of their home. Roger and Margaret recognized that raptors are an integral part of the Teton environment and are threatened by human encroachment. With rare dedication and resolve, over the course of several years the couple saved dozens of birds and provided hundreds of educational programs, reaching thousands of students of all ages.

In 1997 Roger and Margaret established The Raptor Fund as a 501(c)(3) organization, securing both U.S. Fish and Wildlife Service and State of Wyoming raptor rehabilitation and education permits, and expanding to a space at 3 Creek Ranch’s Nature Center.

In response to increasing patient numbers and requests for educational programs with live birds, Roger began searching for an appropriate space to locate and grow a community-based raptor education and conservation program in Jackson. Also recognizing the need for a larger and more effective organization, The Raptor Fund expanded to include five board members and changed its name to Teton Raptor Center in February 2008. It was then that TRC was able to negotiate a long-term lease with the Jackson Hole Land Trust, and work began to establish our Center at the Hardeman Barns, a Jackson Hole Land Trust protected property, in Wilson, Wyoming.

In April 2017, Teton Raptor Center purchased the Hardeman Barns as a permanent home for raptor conservation.

Today, our team includes ecologists, educators, rehabilitators, interns, veterinary students, field technicians, and directors, all with one thing in common: a commitment to avian conservation. We love birds, and we love our work! 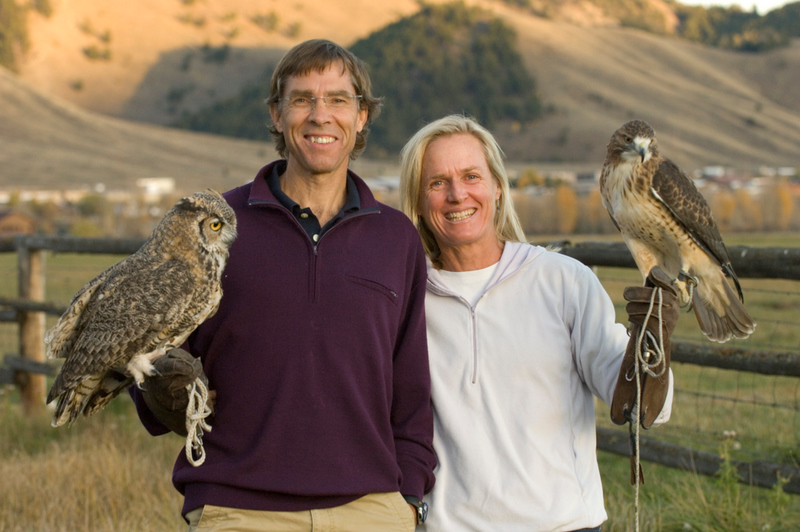 Photo of Roger and Margaret from the early days