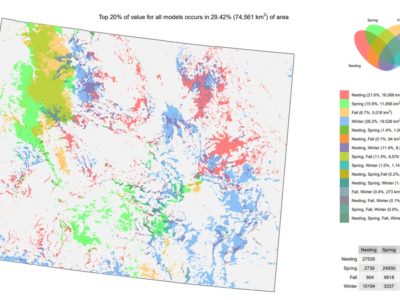 Wyoming is home to the core population of Golden Eagles in the U.S. and offers the best wintering habitat for the species. Protecting these habitats from fragmentation and other threats like the increasing number of wind turbines is key to sustaining eagle populations in North America. Our world-class team is working on a multi-year project to prioritize the entire state of Wyoming for eagles. Our project uses more than 9.5 million GPS points from eagles to model habitat needs for every season, migratory status, age and breeding status while considering risks, economic status, protected areas and multi-species values. Our end-product will be a web-based decision support tool for managers, industry, and others. 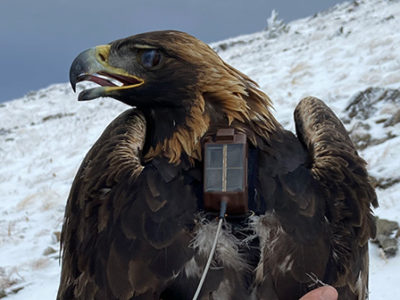 For several years we have been tracking movements of migrating Golden Eagles in collaboration with the Raptor View Research Institute. To date, we have tagged more than 35 Golden Eagles with transmitters, providing valuable data on migratory pathways and winter habitat use. The primary goal of the project is to identify key Golden Eagle migration corridors and winter ranges within Wyoming to help guide multi-species conservation efforts within sagebrush-steppe and grassland habitats. 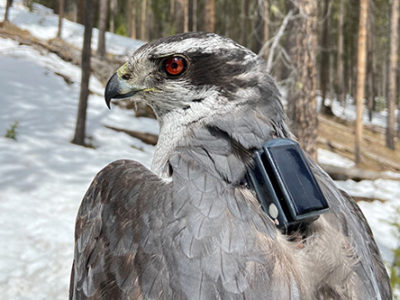 Northern Goshawks are an uncommon, secretive, forest-dwelling raptor currently classified as a Species of Greatest Conservation Need in Wyoming and a sensitive species by the U.S. Forest Service. Northern Goshawks rely on mature, older, contiguous forest stands, which are at risk due to issues such as logging, burning, insect infestations and climate change. We have been tagging and tracking breeding goshawks in northwestern Wyoming since 2019 with the objective of gathering critical movement data to understand habitat use, movement patterns, and to create predictive maps of critical habitat. Understanding and being able to predict seasonal habitats in the Greater Yellowstone Ecosystem will help state, federal, and county managers sustain these sensitive raptors in Jackson Hole by having a decision support tool for current and future changes to critical goshawk habitat. 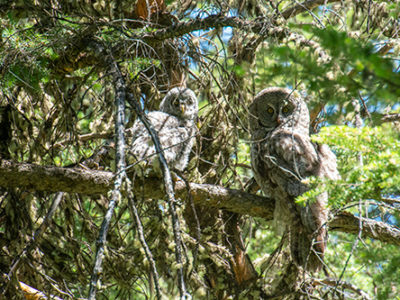 Great Gray Owls are secretive, old-growth forest obligates with a southern range in North America that extends into northwest Wyoming. We have been monitoring nests and territories, tracking movements, and surveying prey availability for Great Gray Owls in northwestern Wyoming since 2013. Our study on Great Grays is the largest, longest-running, and most comprehensive research of this species in the world. Our research includes looking at how variation in prey abundance and climatic conditions influence the seasonal movements, habitat selection, productivity, and survival of this understudied forest raptor. 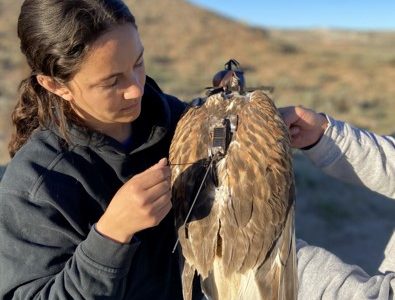 Native rangelands across the West are among the most imperiled habitats in the U.S. Understanding the impacts of habitat loss and management on nesting raptors in those areas is critical to their long-term conservation. We have begun long-term studies to assess abundance, distribution, and movements of species like Short-eared Owls and Ferruginous Hawks across the rangelands of Wyoming. We are also looking at factors influencing Ferruginous Hawk habitat selection and home range size prior to a proposed large-scale energy development project in Sublette County, Wyoming. 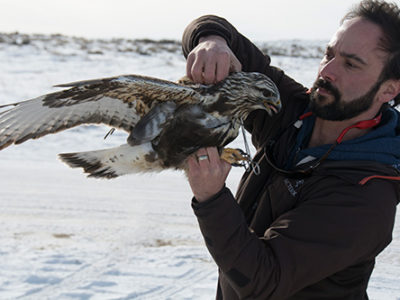