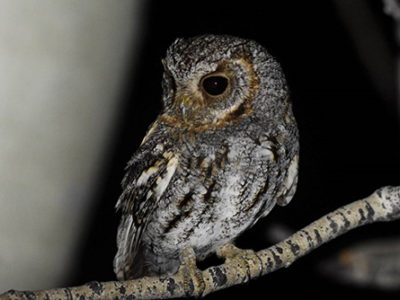 Flammulated Owls are a small, migratory owl designated as a Species of Greatest Conservation Need in Wyoming. Prior to 2016, Flammulated Owls were only known to breed on the western slope of the Sierra Madre in far south-central Carbon County, Wyoming. Since 2016, our researchers have discovered at least 23 breeding territories in the Jackson Hole area. In 2019 and 2021 we also conducted a statewide survey project in collaboration with the Wyoming Natural Diversity Database. That project resulted in documenting singing Flammulated Owls at 33 locations across five mountain ranges in which the species had not been previously reported during the breeding season, expanding their known range by more than 150 miles. We are now pursuing more studies to assess their reproductive status in various habitats not typically associated with this species and define migratory routes and wintering areas in Central America. 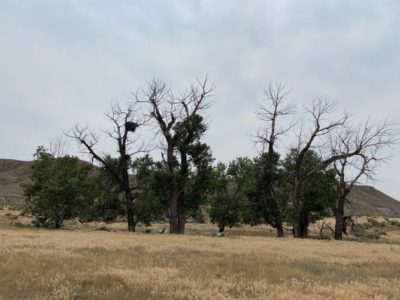 The loss of remnant cottonwoods is a large conservation issue across the Great Plains. With fewer active irrigation ditches and homesteads and lack of regeneration due to river damming there is a decrease in the number of older-aged cottonwoods that can support eagle nests. Historically, when a Golden Eagle territory loses all nesting substrate, there is a functional habitat loss. We are experimenting with the installation of artificial nesting structures at Thunder Basin National Grassland in efforts to offset this localized habitat loss and have a positive influence on population trends of Golden Eagles in northeast Wyoming. 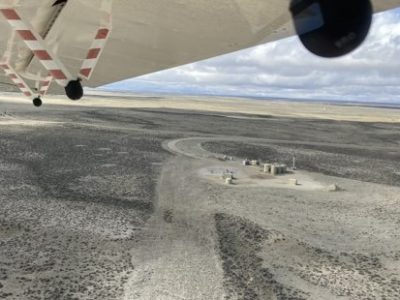 For decades, protective measures have been in place to protect nesting raptors from disturbance during oil and gas development. These are seasonal, no-surface-occupancy restrictions that protect between a one-quarter and one-half-mile radius around active raptor nests. These restrictions have never been assessed to see if they are effective and the Bureau of Land Management recently eliminated these protections for 99 hawk nests in the Powder River Basin. We are working with Wyoming Game and Fish Department and Wyoming Natural Diversity Database to conduct a 12-year study to objectively and quantitatively assess the effects of protective measurements on the occupancy of Ferruginous Hawks and other raptors across the entirety of Converse County, Wyoming. 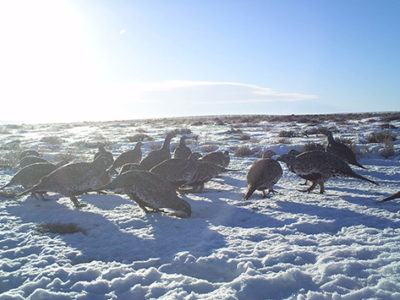 Sage-Grouse are declining across their range, which encompasses the entire state of Wyoming. For years, we have been testing the most effective fence markers that could help reduce grouse-fence collisions. We are also working with partners to establish a translocation project to prevent extirpation of a critically imperiled population of grouse in Jackson Hole. We are also monitoring grouse populations, demographically and genetically, in several areas of Wyoming in efforts to inform management. 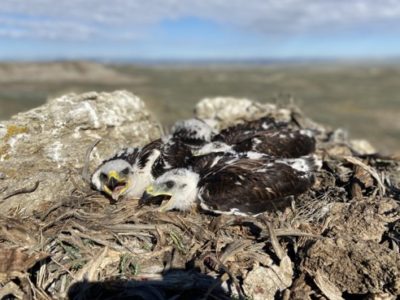 The development of one of the largest gas fields in recent decades has started in western Wyoming, in an area that hosts ground-nesting Ferruginous Hawks. We are working on a study designed to serve as a base for the only before-and-after study of development impacts to Ferruginous Hawks, as all previous studies have been retrospective after the development. Further, we are installing nesting platforms in the best modeled habitats in order to reduce new disturbance to nesting hawks and work towards finding the best mitigation options to ensure the persistence of hawks in the region.

We have recently partnered with the Draper Natural History Museum in Cody, Wyoming to begin assisting with a long-term Golden Eagle nesting ecology project in the northwest Bighorn Basin of Wyoming. From 2009-2020 there have been 83 Golden Eagle territories identified, primarily within sagebrush-steppe and desert scrub habitats. Nest success, nest diet, and trends in prey availability have been analyzed across the study area. Researchers at the Draper Natural History Museum have found that prey surveys can be a predictor of future reproductive rates in Golden Eagles across the study area. 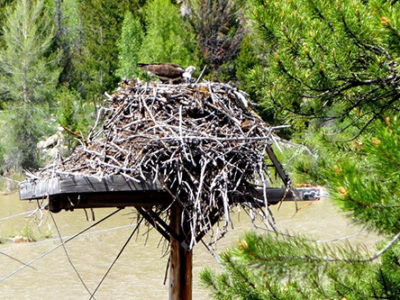 Since 2012, our large network of dedicated volunteers has been monitoring nest occupancy and productivity of over 60 platforms that are utilized by nesting Osprey throughout the Jackson Hole Valley. Canada geese also often these platforms for nesting, and because they arrive in the spring before Osprey, we have installed tilting mechanisms on some of the platforms to exclude geese in the early spring and allow Osprey a better opportunity to utilize them for nesting when they arrive.