It is with heavy hearts that we inform you of the loss of our beloved female American Kestrel. Beatrix was a senior member of the Avian Ambassador team and a beloved teammate.

At noon on Tuesday, November 29, 2022, after a normal start to the day and no indication of distress, Beatrix was found sternal under her pedestal. She was immediately taken from the Roost to the Clinic, given subcutaneous fluids, and placed in the oxygen chamber. We discussed treatment plans with our veterinary advisors.  She was prescribed medications along with oxygen, warmth, and rest. After an hour, she stood up, clacked her beak, and roused. Then shortly after that, she laid down and passed away.

At nearly twelve years old, Beatrix was a geriatric American Kestrel. We knew she wouldn’t live forever but it’s still painful to lose an old friend and a reliable team member. Though she was one of our smallest birds, her big personality and proclivity for being perched wherever she could best keep an eye on things made her larger than life.

Beatrix hatched in the wild in 2011. She was initially trained as a falconry bird. In 2015, she was transferred to TRC to round out her life as an ambassador for her species. During her time with us, Beatrix participated in 1,374 programs and inspired 63,141 program participants. We all enjoyed hearing people gush about her beauty, her bright eyes, and her small but mighty stature.

We thank Beatrix for her many years of service as an ambassador for her species, and for her role in inspiring so many to care about raptors.

Photo Credit: Beatrix the American Kestrel, May 2021, by David Akoubian 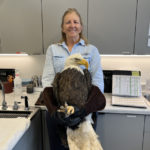 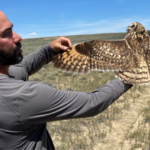 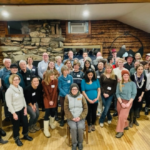 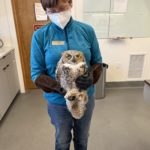